Beaverton, Oregon, is the second largest city in Washington County with over 89,000 people. Beaverton is located 7 miles west of downtown Portland, Oregon in the Tualatin River Valley and is neighbor to it’s surrounding cities of Aloha, Hillsboro and Tigard. 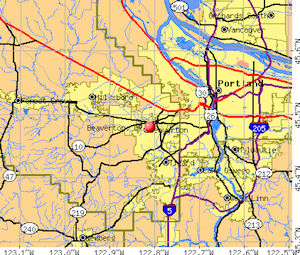 In 2010, Money magazine named Beaverton as one of the 100 “Best Places to Live”. Along with Hillsboro, Beaverton is a major economic center for Washington County, which is home to many corporations such as Nike, Intel and Hollywood Video among others.

Beaverton has a low crime rate for a city of its size, when compared to the U.S. average. The rates are also lower than its closest major city of Portland, Oregon. Beaverton is the safest larger city in Oregon and the Pacific Northwest, according to the latest annual rankings by a national data publisher. According to FBI statistics compiled for 2009, Portland ranked 53rd out of the top 75 cities with populations exceeding one-quarter million residents for violent crime. Beaverton has been successful in lowering its overall crime rate over the last decade, despite its population growth. 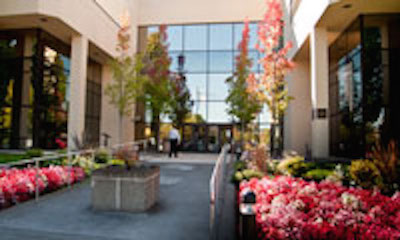 CQ Press crunched crime statistics from 442 cities across the U.S. and placed Beaverton at 39th safest on its national index list, a measure that uses population and law enforcement data to rank cities with at least 75,000 people.

DUI (sometimes referred as DUII) crimes and other traffic crimes in Beaverton are tried at the Beaverton Municipal Court: 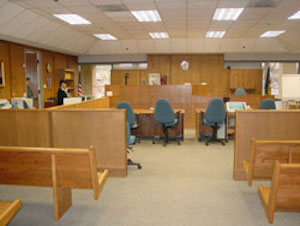 If you are facing DUI or drunk driving charges in Beaverton, Oregon or elsewhere in Washington County, it is important that you find a DUI attorney to help navigate your way through the court system. No matter how much you may believe the charges are mistaken, or even if you believe that you have no options but to face conviction, it is essential that you get the advice and assistance of a DUI lawyer who understands the ins and outs of the criminal justice system in Beaverton.

Reynolds Defense Firm has developed relationships with City Prosecutors and Judges over a combined 35 years of experience in Beaverton, so they understand that when our firm stands next to you that we believe in you. Our reputation in Beaverton as DUI attorneys helps them to understand that because we represent good people facing DUI charges, that you are a good person.

It’s never a good idea to face DUII charges without an experienced DUII lawyer by your side, although legally you can. We recommend that you don’t go into court without someone who knows how things work in Beaverton Municipal Court. Hire Reynolds Defense Firm, hire someone else, but make sure you have a DUI attorney familiar with Beaverton Courts by your side.

This is not to say that you’re not smart enough or articulate enough to discuss the facts of your case, you are, but because of the serious consequences of DUI charges in Beaverton – if anything goes wrong in court, you end up in jail that day. The justice system is not logical and seldom reasonable; your best intentions can backfire with outcomes that could have been prevented with someone familiar with DUI law in Beaverton. The reality is that you are at a serious disadvantage – it is not the judge’s job or the prosecutor’s job to help you. When you show up in court without a DUII lawyer, you’re telling them that you don’t take the matter seriously.

If you need help with a DUI arrest in Beaverton—please call Reynolds Defense Firm at (503) 223-3422, or contact us using the online form on this website for your free consultation. Our team has over 30 years of experience working in the Portland Metro area including Beaverton Municipal Court and can help answer your questions and figure out what the best steps are for you and your family.